Hertfordshire properties aren’t the only ones that become affected by a Condensation, water running down the inside of windows and walls and worst of all, harmful black mould on walls, ceilings and furniture. Tapco HomeDry has carried out many hundreds of surveys, and are controlling condensation and mould throughout London and the Home Counties. If you own a property anywhere in London, Sussex or the Home Counties and recognise any of these symptoms, what you have is high humidity. Condensation and mould are the most common damp problem that can affect any property in the UK, irrespective of age or type. It can affect the smallest flat to the largest house because in most cases, it is the people who live there who are causing it. 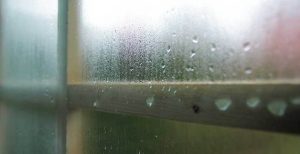 Condensation and mould are the direct result of high humidity brought about by warm, moist air coming into contact with a cold surface, such as a window or wall, and condensing. In most cases the humidity is caused by the occupiers, for example, using the bath or shower without opening a window or switching on the extractor, cooking without extraction or placing lids on pans, drying laundry on radiators, in fact, even breathing. Often condensation is accompanied by mould. This mould is Aspergillus spp, which is not only damaging to your property, furniture and clothing but more importantly your health. In fact there has been much recent publicity about the ill health Aspergillus can cause and this should never be under estimated. 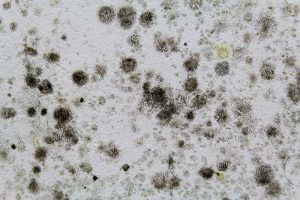 Controlling Condensation and Mould
Apart from some lifestyle changes that you could make, Tapco HomeDry also have the solutions. Our Property Care Association (PCA) qualified damp and timber surveyors would inspect your property and take air readings using a Hygrometer which measures the temperature and level of humidity. From these readings we can calculate the dew point (The dew point is where the temperature and humidity will turn to moisture). Based on his survey we will produce a detailed report and recommendations for what is required to control the condensation.

Tapco HomeDry has been established since 1971 and are your local experts at controlling condensation and eradicating damp. We can install a very cost effective, thermostatically controlled Condensation Control Unit (CCU) which is quiet and very cost effective to run. There are two types of CCU’s, one for a flat, that fit on a wall and one is for houses that is installed in the loft. These work by creating Positive Ventilation, a slight air-pressure, which controls the humidity. 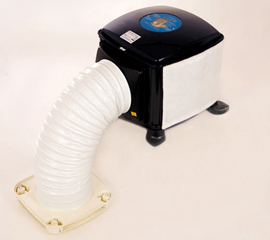 We can also install draught free Passive Vapour Vents (PVV) or Warm Wall insulation. All of the mould can be removed using an Anti Mould Wash and painted with a special Fungicidal Paint.
The cost of repairing and replacing items damaged by condensation and mould completely out weighs the cost of controlling it so the sooner you call Tapco HomeDry the better.